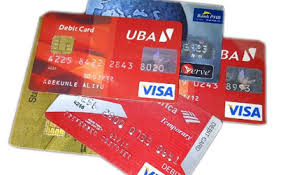 Have you ever attempted to make a payment with your debit or credit card and been told the transaction could not be completed because your card had been demagnetized? Or, have you been warned by a hotel concierge to “Be sure to keep your cell phone away from your key card” for fear that it may demagnetize it? But, is a cell phone’s magnetic force really strong enough to demagnetize your credit, identification or hotel key card?
In order to find the answer to this question, you must first understand how credit cards and other cards with magnetic information strips work.
To start with the basics, many cards – such as bank cards, ATM cards, driver’s licenses, membership cards, hotel key cards, and many arcade and amusement facility cards – use magnetic strips on the back to store identification information. The magnetic strip on a credit card, for example, often contains the cardholder’s name, account number, pin number, expiration date, country of issuance, security code and other pertinent information.
Card scanners “read” the programmed information on magnetic strips, which is encoded on tiny iron particles. These iron particles are aligned on a magnetic field, which means the data contained on the strip may be vulnerable to demagnetization by other items with magnetic fields stronger than that of the card. In laymen’s terms, demagnetization simply means that one magnet has outperformed, or is stronger than, another magnet. When this happens, the stronger magnet scrambles the information encoded onto the magnetic fields on your card’s magnetic strip.
So the question is: Is the magnetic field of a cell phone strong enough to demagnetize your credit card? Simply put, the answer is “no.”
Cards that adhere to industry standards, such as bank cards, are nearly impossible to demagnetize with the magnets available to the public, such as a refrigerator magnet, the magnets inside a wallet or purse, or the magnetic field in a cell phone. Generally, to demagnetize a credit card, it would take a 1,000 gauss magnetic field. For perspective, an MRI machine may have a 15,000 gauss magnetic field while typical magnetic items you come in contact with on a daily basis range from 0 to 100 gauss. For example, a good refrigerator magnet will typically have a magnetic field intensity of 100 gauss but a cell phone’s magnetic field intensity ranges from just 1.2 to 10 milligauss. That said, it is highly unlikely that a credit card can be demagnetized from being in close proximity to a cell phone.
Despite claims of demagnetization, however, magnetic strips are more often corrupted by scratches and small bends. Even the faintest scratches can do enough damage to make your card’s information unreadable