LET’S FIGHT THE DOLLARS BACK WITH FASHION. BY Otunba Olufemi Fadairo. 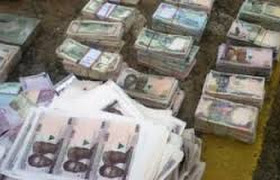 it seems the exchange rate is the single most crippling thing threatening to kill our national economy right now. We have done all we know to do but it isn’t abating in in its continuous decimation of our economy.
We have tried saving more Naira, it failed. We tried banning some imports, it has not worked. We pegged the Naira, no way. We floated the Naira, no show. Everything we have done have been centred around the Naira, now,lets fight the dollar.
Winning a war is usually about winning many small battles, especially when you are already in a disadvantaged position. So, let’s pick the small battles in the exchange rate war and win them little by little.
The Federal Government has chosen to fight the agric dollar battle. The government is investing seriously in Agriculture now and we are already beginning to see the result. At the rate rice is being grown now, By 2017, we should no longer be needing dollars for importation of rice which is the most dollar guzzling food import item in Nigeria. The government is really winning that battle.
The other small battle i think we should face is our textiles and fashion. If we all decide to wear only our Nigerian made clothes, it would immediately reduce our dollar demand the more. Just go to Mandillas in lagos island and you would quickly realize that the aggregate foreign office suits sitting in those shops would be between 200 to 500 Million USD. Just suits alone! If our dollar demands per week haS been estimated at about 2.5 billion USD, that makes about 15% of the demand. We as a people, need to fight that battle for our government and children.
In recognition of this fact, the NIGERIA INTER-BANK SETTLEMENT SYSTEM PLC (NIBSS) has
taken the bull by the horn to become the FIRST private organization in Nigeria to officially sign a policy that says staff can wear Nigerian fabrics and native dresses FROM MONDAY TO FRIDAY. We wish other financial organizations would take a cue from this. Supporting the government is not just by mouth, lets pick a battle as an industry and fight it.
One immediate result that has been observed from that policy of NIBSS is that the tailor that usually sews clothes for the ladies in NIBSS officially informed the staff in June that he can no longer recieve new fabrics for sewing TILL DECEMBER 2016 as his hands are full. The staff are shopping for another tailor as i write.
If NIBSS alone with staff strength not up to 10% of UBA has made this impact, what do we think would happen if the whole financial industry tows that line? To a large extent, the financial industry in Nigeria dictates the corporate dressing tone in this nation. Let’s make more tailors, let’s create more business, let’s fight back the dollars — in our own little way — with fashion.

How Often Should You Update or Rebuild Your Website?