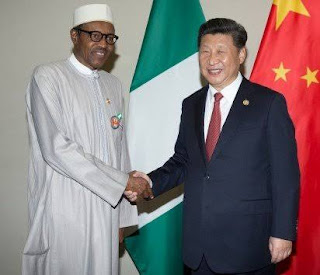 CHANGE! CHANGE!! CHANGE!!! What is Change? *CHANGE is when a Friday goes by and no one is dying in the Mosque due to Bomb Blast.. . * CHANGE is when Sunday goes by and no one hears of another Bomb Blast in a Church killing worshipers….. . * CHANGE is when mansion built with stolen money are sealed up and confiscated….. . *CHANGE is when Boko Haram suicide bombers are intercepted before they kill innocent people…. . * CHANGE is when prominent looters fall sick after years of eating our yams and bleat like demented goat for forgiveness… . *CHANGE is when untouchable comes to court with Handcuffs… . * CHANGE is when Corrupt people swallow or chew their confessional statements in panic to escape the long arm of the law….. . *CHANGE is when judges stop giving stupid interlocutory injunction to stop corruption from being investigated and prosecuted….. . I am neither surprised nor worried by ” their” hatred for Buhari… rats and a cat can never live in the same place. Too many things divide and draw heavy distinctions between BUHARI and his haters: He loves Nigeria , they hate it. He thinks of Nigerians, they think of themselves and family. He is honest, they are dishonest. He has character, they lack it. He pursues the Hereafter they struggle to have the world in their armpits. He is patriotic, they are greedy and selfish. He serves, they derail and enslave. He is devoid of moral stains, they are immorality personified. His past is clean and shinny, their past hunts them. They are thieves, he catches thieves. They have stolen, he wants to get back the loots. They are insects and pests, he is a powerful and effective insecticide. Fear fear fear, they are afraid of BUHARI. They are running, Buhari is in hot pursuit. They call for division, he works on unity. They say Boko Haram, he calls Nigeria. They want Biafra, he chooses Nigeria. They shout Niger Delta, he advocates Nigeria. They shared money for arms, he is retrieving the money and buying the arms. They sponsored insurgency, he is defeating insurgency. Keep on keeping on Mr. President we love you and we appreciate all that you are doing to revive and integrate this country into a strong economic institution. WE ARE SUPPORTING YOU PRESIDENT BUHARI

8 Money Mistakes to Avoid on Your Way to Being Wealthy