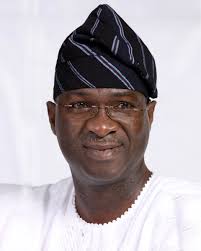 The Minister of Power, Works and Housing, Babatunde Fashola, SAN, has attributed the recent power outages in some parts of the country to four turbines which stopped working in Jebba, Ilorin, Kwara state capital.

The minister, who also noted that there was currently not enough power to distribute unless more turbines were switched on, assured that electricity supply would be stabilized as soon as three of the four turbines had been restored.
While speaking on Channels Television on Thursday, Fashola said, “Yesterday morning, we had some outages in Jebba but I am happy to report now that all the four turbines that were down, three have been restored, so there is stability now.
“It is important why the power coming from Aba is defining; it’s part of what I’ve spoken about.
“There is not enough power in the country, so how do you share what is not enough such that everybody gets enough? It’s difficult, if not impossible.”
The Minister also expressed confidence that President Muhammadu Buhari’s 10,000 megawatts target would be met, saying “So what we need to do is to get more power on. So about 200 megawatts coming from there is good news for the market,” he said.
Speaking further, Fashola criticized the acts of pipeline vandalism.
He attributed vandalism to be the cause of some of the energy problems in the country.
According to him, “Those who are vandalizing electricity assets, those who are selling stolen cable, those who are not paying their bills and those diverting electricity are all problems.
“Every one of us must contribute something now to solve the problem; it a problem we can solve.
“That will reduce the number of people who are contributing to being the problem,” the Minister stated.