The Electronic Payment Providers Association of Nigeria (E-PPAN) said that MasterCard would soon launch a facial recognition payment service to tackle the risk of increasing cybercrimes.

Mrs Onajite Regha, the Chief Executive Officer of E-PPAN, made the disclosure in an interview with the News Agency of Nigeria (NAN) on Wednesday in Lagos.

Regha said that the development was part of the company’s vision to discontinue with the use of password for online payments.

“MasterCard’s facial recognition will roll out to only about 500 users at first, with major hardware and software companies like Apple,

Microsoft and others along with two banks already on board the venture.

“Through this system, your phone can tell the difference between your unique face and that of your siblings,’’ she said.

Regha, who is also the Executive Secretary of E-PPAN, said that the Automated Teller Machine (ATMs) based on biometrics had been the subject of discussion for years.

She said that China had unveiled the world first facial recognition ATM, which would not allow users to withdraw cash, unless their faces match their identification.

The E-PPAN officer said the machine had inbuilt camera which captures the facial features of the users compared with a database of identification photos.

According to her, the machine can also identify people if their facial features changes.

Regha also said that the machine would help the police to crackdown on a range of financial crimes.

She said that it would prevent thieves from accessing other peoples’ accounts.

“The ATM records the serial number of every bank note deposited and any client who deposited fake money can be identified.

“It is 20 per cent more accurate at verifying the authenticity of multiple currencies compared to the average ATM being used globally,’’ Regha said 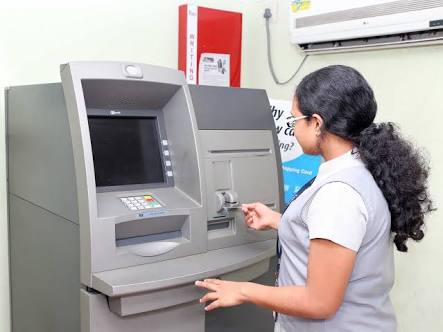 SARAKI IS NOT GUILTY FOR WE ARE THE GUILTY ONES

How to Overcome 6 Obstacles Facing Every Online Marketer