I start to imagine what a normal human being would ever need 13 Billion British Pounds for in this limited world.I start to wonder too if former President could imagine that only one out of his ex-Ministers could amass such a stupendous amount under him without him knowing this. Wonders shall never end. I even saw a post on CNN that the former Minister has made a refund of $90B already, how much is Dangote worth? As at today Dangote is worth $14.7B and the 67th in the world while Bill Gates is still the number 1 with $ 79.2 on the Forbes list. Diezani is simply a wonder. Old pensioners are dying of hunger daily, workers are no longer getting their salaries as at when due, Governments can no longer build infrastructures, road all over the country are in complete bad shape and only one woman got away with this kind of money. Nigeria is a wonder, Diezani is a wonder. 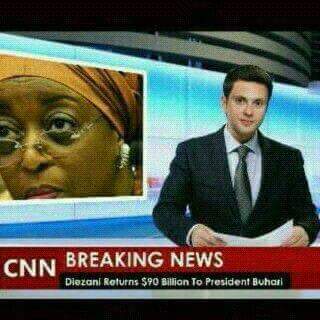 Education is not the only requirement to survive in life