There are some good reasons President Muhammadu Buhari chose Babatunde Fashola as minister of power, works and housing  (PWH) on Wednesday, November 11. It did not come as a surprise to some Nigerians as Fashola boasts years of exceptional records while he was the Lagos state governor.
During the inauguration of the new ministers today, Nigerians were anxious to know who will get what. After the minister designates took their oath of office, the next thing was to know how the ministries would be distributed.

When the president unveiled the ministers and their portfolios, the former governor of Lagos got the lion’s share as he was given a combination of three ministries, namely power, works and housing.

Buhari chose Fashola as minister of power, works and housing for these reasons:

The former governor of Lagos state has always showed his passion for the progress of Nigeria. He believes in the project of a prosperous Nigeria. He proved this when he steered the ship of Lagos for eight years. He had always been at the forefront of Nigeria growing and developing to become the toast of other African countries where investors will come to establish companies and industries.

2. Fashola is a workaholic

The new minister of power, works and housing is a person who never gets tired of whatever he sets his eyes to achieve. When he came in as governor of Lagos state in 2007, his hair was black. However, after eight years in which he turned Lagos into the state to beat in Nigeria, his hair had all become grey. Likewise, Fashola executed many projects that Lagosians will ever be grateful to him for. Fashola never gets tired of working to get positive results.

Fashola is someone who brings new things on board. He used his intelligence to fashion out ways in which the internally generated revenue of Lagos state increased more than 100% while governor. He also came up with the Lagos state security trust fund, which assisted in reducing crime in the state.

The restructuring of the once notorious Oshodi under bridge during his first term as governor is what a good number of Lagosians will never forget in a hurry. Oshodi used to be a haven for all forms of crime, illegal human abode and large traffic jams before Fashola cleaned up the place.

The former governor of Lagos state never did things without making wide consultations and joining hands with people of like minds to bring progress to Lagos. He ensured that he implemented his predecessor’s idea for a Bus Rapid Transport System which eased the transportation problems of Lagosians. This is one of the things Fashola will bring to bear in his new assignment.

Before the president selected Fashola as a ministerial nominee, there was a lot of talk from some quarters that Buhari might drop him due to some powerful forces within the ruling All Progressives Congress working against his nomination. However, the president had other ideas. He had so much faith in Fashola. He believed he achieved so much when he governed Lagos state. Moreover, Buhari saw Fashola as a disciplined man just like himself who was ready to work assiduously. 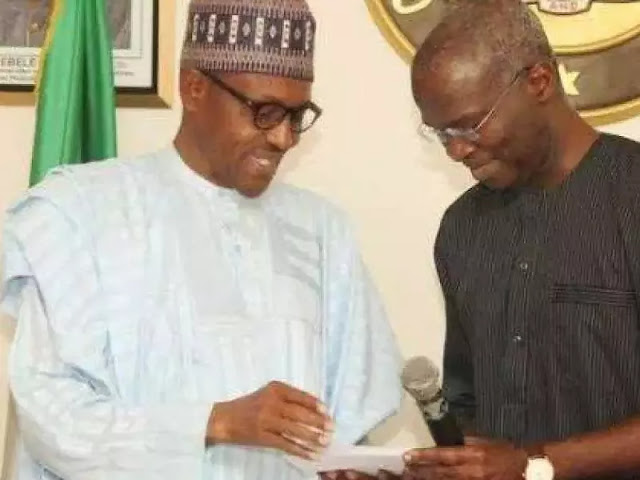 TEACHERS or LECTURERS see how you destroy Tomorrow, a must read for all

The 3 Decisions That Will Change Your Financial Life

How Talking to Yourself Can Help You Be More Successful